I think this is the first time I have seen a hummingbird picture quite like this one.  This little one (I believe it is a black-chinned hummingbird) was feeding on the Wisteria blossoms hanging from the trellis in our backyard.  The green you see through it's wing is actually part of the Wisteria plant.  My wife has some MAD skills!
We have seen a lot of hummingbirds this year in our neighborhood.  Every time one comes to the feeder hanging from our kitchen window, whoever is nearby will stop and just watch for a while.  They truly are amazing.  They are so small, with their hearts beating at about 1200 beats per minute.  And they flit around our yard with such acrobatic zeal that you cannot help but smile.
- TheScribe
Posted by Scribe at 7:45 PM No comments:

Note: This post was written by my husband and new author to my blog, The Scribe. (aka: Paul)  I'm excited to let him share his perspective, since he is at most of my shoots in the field.  He's also been writing for my Shots n' Thoughts blog.  CHECK IT OUT! So, after church last Sunday, we needed to drive to the store in downtown Kuna to get a couple of things, and we spot this Swainson's hawk on top of a light pole by the intersection of Avalon and Swan Falls Road, right above a grassy field.  We pull a U-turn (something we often have to do when birding) and stop at the side of the road. Lo and behold, there are also two fledgling Swainson's on the ground, too.  One was obviously younger than the other.  They were making quite a ruckus and seemed to be finding something yummy to eat in the grass at the bottom of the light pole.  I really don't want to guess what it might have been, but I do know that they like insects and mice and the like. Meanwhile, we spot a dark morph Swainson's flying around overhead.  Now, keep in mind, this is all in downtown Kuna on a Sunday afternoon, cars whizzing by, sun blazing.  A bit of God's awesome creation showcased right before our eyes! I don't know exactly how long the fledglings stayed there in the grass, but the younger one didn't seem like he wanted to go anywhere.  The older one took off and flew toward a tree not too far from where we were parked.  His inexperience at tree landings resulted in him picking too thin of a branch and falling out of the tree.  He recovered from his fall and flew RIGHT over us!  I could have reached up and grabbed him! Kathleen ducked and didn't get a shot off.  I guess she was more concerned about the bird than getting a picture. After the near collision with our vehicle, he flew over and landed on the fence, right next to the road and about 10 yards from the younger fledgling.  It was all quite unexpected and quite a treat!  It just goes to show you that you never know when or where God will reveal His glory!
-  The Scribe The past few days we've been having a bit of an uproar in our backyard.  This adorable little female Rufous hummingbird is the  reason.  She was perched on my window feeder this morning and is still there now, several hours later.  I was able to get several good shots of her, including this one.

Even when she was perfectly still, I could tell her heart was beating fiercely.  Hummingbirds are some of my favorite birds and one of God's magnificent creations.  So delicate and yet it can migrate to Mexico and back each year.  Amazing!

She's successfully chased off the larger Black-chinned hummingbirds, so I guess I need to move my other feeder out of sight of her favorite feeder.

I haven't yet seen a male, but I'm hoping to because I have never seen one nor have I photographed one.  I would love to!

To see or purchase this image or more of my Bird images,
Click Here.  For birds of prey, Click Here
or, just browse through my birding galleries!

You can read more about the Rufous Hummingbird, HERE. The Mountain Bluebird is the state bird of Idaho.  I captured this male Mountain Bluebird in late April, during our first camping trip of the season, at  Craters of the Moon National Monument and Preserve.  He was such a beautiful, striking blue!  I was just amazed at seeing him.  We've lived in Idaho for a while and I've never gotten close enough for a decent photo of one of these birds and I've usually only seen the female.  We were walking on a nature trail when I spotted him.  I saw his mate, too.  The female is more of a gray with blue on it's wings and tail.
Posted by Kathleen at 11:00 AM 2 comments:

Matthew 6:26 "Look at the birds of the air; they do not sow or reap or store away in barns, and yet your heavenly Father feeds them. Are you not much more valuable than they?"
In years past, I've had several different raptors hunting in my yard, from American Kestrels to Sharp-shinned hawks. All of them have been immature; until this winter. This winter I've seen two Adult Cooper's Hawks hunting in my yard. It's pretty amazing to watch the adults hunt after watching so many immature ones. What a difference. The immature ones will often miss their attempt to catch a bird from the feeders and then continue to sit perched for quite some time, waiting for movement, even if the backyard birds are chirping. The young hunter will sit and look around and will often fail at their attempts to catch prey once they are hidden within the bushes. Adult Cooper's Hawk, hunting in my backyard bush.
On the contrary, the adults I've seen come into my yard will fly around from my vines to the fence to the bushes, quickly determining where the birds are hiding, this is providing he missed his fly by attack at the feeders upon arrival in my yard. The first adult I saw in my yard did this and then proceeded to listen for the direction of the chirping birds and went straight away into the bush, looked around for a minute, fly into the bush and came out with it's prey in his talons. (That's him pictured above, just before catching his prey) He landed on the ground, something the immature birds don't seem as comfortable with. I couldn't see the bird he caught, but I could see the hunter kind of bouncing up and down and adjusting himself under the squirming of the little bird. After several seconds of this, he then proceeded to start plucking out the feathers while the little thing continued to squawk. It wasn't long before all was silent, for which I was grateful. All of this was quite unsettling, but it is nature in it's truest form, as God intended. I'm just glad I'm not privy to the behavior of wild animals on a regular basis. It's certainly not a pretty sight. I have pictures of what I described here, but am not posting them here. I'm so glad God provides food for all the animals, I just wish there was a less barbaric way of doing so. He knows best, though. I suppose the world would be taken over by all of the animals if there were no natural way of weeding some out. Adult Cooper's Hawk on my backyard vines.
I guess I could feel bad that by providing food in my feeders for the sparrows, finches, etc...I am in a sense also feeding these raptors. I don't though, because I know that if humans didn't put feeders out, God would still provide food for the birds; seeds, fruit, and yes, even other birds, insects and animals. Feeders make it easier for birds to find sustenance in the winter and bring them in closer for me to observe and appreciate, as well as marvel at their Creator. Happy Birding!
To see more of my Backyard birds CLICK HERE. To see my Birding Galleries, CLICK HERE. To purchase greeting cards with my bird images CLICK HERE. To purchase prints of my bird images, CLICK HERE.
Posted by Kathleen at 9:49 AM 2 comments: 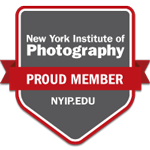